“This is how we can change the world by voting for who we want to be president and not only for president for other things as well. Our voice is strong enough that if we want it to be heard, we can be heard. [Shannon Salter] gave us confidence. She wanted us to learn and it was true and pure from her heart.”

Shannon Salter, founding humanities educator at Building 21 Allentown, is deeply committed to designing authentic studio experiences that allow her students to feel empowered to take action in their communities. Each year, she focuses her fall senior Civics studios on voter participation and the history of voters’ rights. This timely studio energizes seniors to educate and mobilize their community, earning them recognition from the Governor’s Office and When We All Vote.

Here’s a closer look at Shannon’s studio design and impact.

The first civics studio of the year is all about civic participation through the right to vote. Students investigate who has the right to vote and who does not, how inclusion in the idea of “We the People” has changed over time, what strategies have been used to expand the right to vote, and what obstacles still exist as barriers to voter participation. At the conclusion of this studio, students will advocate for new strategies or changes in policy to address low voter turnout, through the writing of an argument essay and through the creation of a social media campaign designed to get out the vote in their own community. Students also tackle the individual decision of whether they will become voters, and are supported in completing their voter registrations. Our fall voter registration drive is underway – I registered a student just yesterday!

What is the most important thing you want your students to learn/understand?

The goal of all four years of social studies education at Building 21 is to prepare students for engagement in civic life. I design instruction that gives students authentic experiences in taking their learning – whether it is learning about history, or science, or literature – and translate it into empowered action in their communities. Their capstone civics experience is about ensuring that students leave school with a toolbox full of the tools they will need to be successful citizens – what are the many ways they can raise their voice and have an impact on the neighborhood, city, state, nation, and world that they live in? By examining strategies used by individuals in the past – voting, judicial action, legislation, protest, and even revolution – students will hopefully enter the adult world understanding their power as a part of “We the People.”

What impact do you see?

There is a great sense of confidence that comes from being able to be part of events, rather than having events happen to you. Even when students are too young to begin participating in adult citizenship through voting, I see a calm that comes when students have the tools to observe events in the world with understanding and knowledge of their ability to act or to provoke others to act on their behalf. The 2016 Presidential Election was a good example of this. Students in our largely immigrant community were right to be full of questions about what that election meant for them and their families. But rather than despair and rage, students came back to school the day after the election ready to start conversations and get to work, because they’d been taught that they are equal partners in the social contract between themselves and the government, and that there are tools that can be used to get their ideas, their concerns, and their needs elevated to those who govern.

This type of confidence is infectious. Every year we see students not only registering themselves to vote, but asking for additional voter registration forms because they have given their family members and friends the motivation to become voters by sharing their learning. Some students take it even further. Last year, I had the privilege of escorting one motivated student to a city council campaign event, where she – at the age of 16 – stood up and demanded that the panel of candidates commit to policies to further protect the immigrant students of Allentown and their families. Her voice moved those candidates to address her issue, on the record, and this cemented her needs and those of her classmates as a municipal election issue. I escorted another student to a protest demonstration pushing for schools to be made safer from gun violence. Through requests like this, students show that they are developing confidence; they believe that their voices matter and that they will be listened to outside of their classrooms.

Shannon (BA in Political Science; M.Ed. in Secondary Education) is certified in Secondary Social Studies, ELA, and Communications. Having taught for nine years, this is her sixth year at Building 21 Allentown. She is a founding humanities teacher and is a studio designer with the Building 21 Network. Shannon currently teaches Civics, Yearbook, a Criminal Justice elective, and AP US Government. 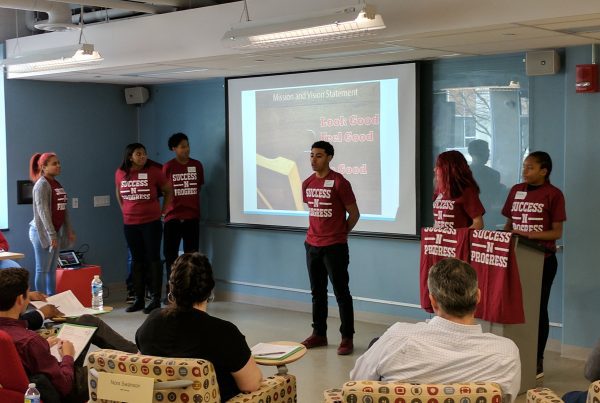 Building 21’s Portrait of a Graduate

We went through a process to identify the key qualities, skills, and mindsets we wanted to ensure all of our students graduated with in order to best prepare them for… 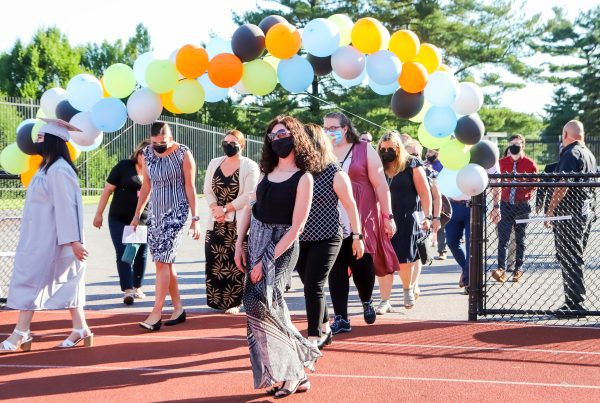 You have probably seen these signs out in front of hospitals and senior care facilities over the last year. Well, we are here to tell you that these signs also… 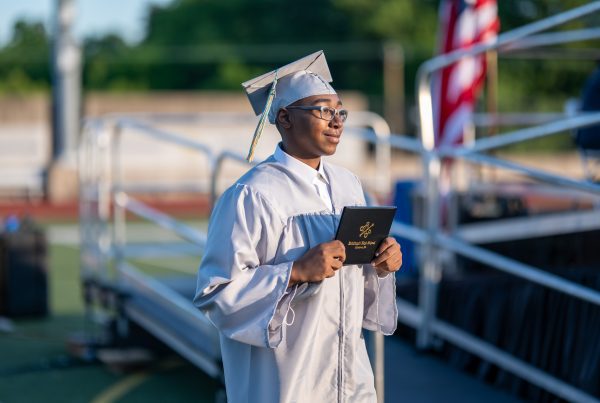 In June, we honored our Graduating Class of 2021 in two outdoor graduation ceremonies – two tributes to this special group. Building 21 Allentown celebrated at the J. Birney Crum…